How can earphone manufacturers improve their sense of space?

Headphone manufacturers are very good at producing and making headphones for them, but it is very difficult to solve the problem of the sense of space of headphones. If the space of a headset is not good, then the headset is basically useless. In order to better solve this problem, our headset manufacturers have looked for many methods.

The sense of space of the headset has always been unsatisfactory. It should be said that it is not the shortcoming of the headset, but the characteristic of the headset. The earphone is to hang two small speakers on both sides of the head, and the sound field is naturally in the head. Modern recordings often use multiple microphones, and there are few records for single-point recording and head recording. This is also a reason for the poor sense of space in headphones. In order to improve the “head effect” and make the earphone hearing more in line with the physical and psychological characteristics of people, it is necessary to simulate the space. There are three main methods: mutual feed, positioning forward, and surround sound. The first two methods are used for Two-channel stereo system, surround sound is used for multi-channel system.

Some earphone manufacturers adjust the distance of some parts of the earphone during production. For example, they use a small sponge block to keep the unit at a distance outside the ear, so that each ear can hear the sound of the other unit. This kind of mutual feed and the sound positioning of the auricle will make the sound field more forward and rich in depth. The spatial effect can be adjusted by adjusting the angle of the unit.

Positioning forward is also a method commonly used by earphone manufacturers. Generally, the unit of the earphone directly emits sound to the listener’s ears. Designing earphones to simulate the way of sound transmission during daily listening can also achieve a better effect.

There is also a surround sound commonly used by our headset manufacturers for audio. The four-channel system has two drivers on each side unit. When fed to its four-channel signal, it will get a better sense of space than two-channel. The specific effect is related to the design. Without the cooperation of the surround sound processor, the sound image is still in the head. 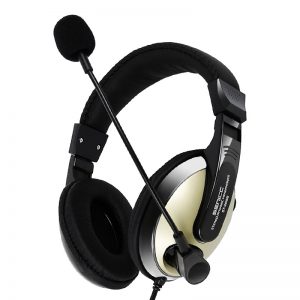