1. The type of headset

Headphones are classified according to their energy conversion methods, mainly including moving coil, electrostatic and isomagnetic. Separate from the structure, semi-open and closed. From the wearing form, there are earplug style, ear hanging style and headband style.

2. The difference between open and closed earphones

Semi-open earphone means that the earphone is open selectively, that is, it is only open to certain frequencies and closed to other frequencies, or it is open in a certain direction and closed in other directions.

The shell of the closed earphone is closed to prevent outside sound from entering, and the sound leakage is reduced. It is used a lot in professional monitoring. The sound is generally very clear, rich in details, and low frequency response is very good. For most people, closed headphones have a sense of airtightness.

3. What is a high-fidelity headset

4. What is the frequency response range of headphones?

5. What is the impedance of headphones?

The impedance of the earphone is the abbreviation of its AC impedance, and its size is that the DC impedance of the coil is above 200Ω. This is for matching with the earphone jack on a professional machine. On desktop computers or power amplifiers, VCDs, DVD TVs and other machines with headphone jack output, it is generally appropriate to use medium and high impedance headphones. If you use low-impedance earphones, you must first turn down the volume before plugging in the earphones, and then increase the volume a little bit to prevent the earphones from being overloaded and the earphones are burned out or the voice coil is deformed and misplaced, causing the sound to break. The impedance earphones are generally easier to push Therefore, portable and power-saving devices such as Walkman should choose low-impedance earphones. At the same time, attention should be paid to high sensitivity. Sensitivity index is more important for Walkman.

6. What is the harmonic distortion of headphones?

Harmonic distortion is a kind of waveform distortion, which is marked in the headphone index. The smaller the distortion, the better the sound quality.

7. What is the sensitivity of headphones?

In layman’s terms, the sensitivity of the headset refers to the amount of power that needs to be input under the same conditions here. The higher the sensitivity, the smaller the input power required. For portable devices such as walkmans, sensitivity is an indicator worthy of attention. Of course, for desktop computers, this indicator is relatively less important.

8. The influence of the wire on the sound of the earphone.

The influence of wires on the sound of headphones is an indisputable fact. In the HI-FI system, different signal cables and speakers have obviously changed the characteristics of the sound. Of course, headphones are no exception. In recent years, several types of cables have been introduced abroad, which provides conditions for HD580 and 600 to change cables. Famous cables such as Clou in Sweden and Qadasi in the United States are waiting.

9. Under what circumstances should the earphones be equipped with an amplifier?

The second situation is that low-sensitivity, high-impedance headphones, such as a Walkman, cannot be pushed with existing audio sources, so you must buy a headphone amplifier.

At present, the electronic tube earphone power amplifiers on the market all use a cathode output device as the final power amplifier. This type of circuit structure should be said to be very reasonable. Therefore, it is adopted by most manufacturers. However, this circuit has a high output impedance and can only be equipped with headphones of 200 or 300 ohms or more, and the higher the impedance, the smaller the distortion. 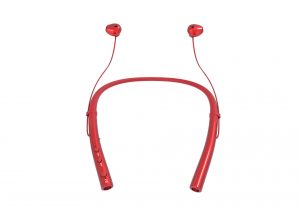 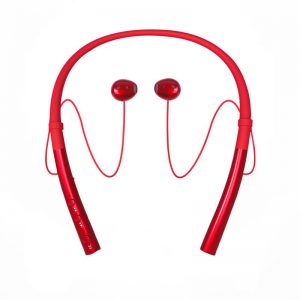