Breaking through the four major obstacles, the prospect of Bluetooth stereo headsets is attractive

“This situation will slowly change. As countries have stricter and stricter restrictions on the use of mobile phones by drivers, and the functions of Bluetooth headsets become more and more abundant, the prospects for the Bluetooth headset market are very broad. However, the current obstacles to Bluetooth There are four main technical reasons for the development of headphones, especially stereo headphones.” said Wu Songru, CSR China Manager.

Finally, due to the problem of decoding conversion, the audio playback quality of stereo headsets is still inferior to wired headsets.

“Because of the above four reasons, there are still very few users of stereo headsets.” Wu Songru said, “Therefore, CSR has made improvements to these issues and launched the latest stereo headset solution-BlueTunes ROM, which is on the BC5 Multimedia chip. Achieved the best headphone solution.”

Specifically, BlueTunes ROM has achieved the following improvements: First, the Flash circuit required by the original headset is changed to a ROM circuit, which provides users with a method that can be used directly. CSR will most of the previous needs to be developed by customers. All things are placed in the ROM, so that customers can quickly launch products. At the same time, due to the use of ROM instead of Flash, the cost has been reduced a lot. The second improvement is the direct integration of MP3 decoding and SBC decoding in the BlueTunes ROM, so that the headset can be directly played in MP3 format, which has higher sound quality than the current SBC format, and the signal-to-noise ratio can reach 95dB; at the same time, it does not need to be in the mobile phone. And headphone end transcoding, so that the power consumption at both ends are greatly reduced. The third is the use of CSR’s unique FastStream technology, which shortens the delay of Bluetooth transmission. “If this technology is not adopted, the delay can reach 200ms. After adopting it, the delay can be reduced to 28~34ms. Therefore, it can solve the problem of asynchronization of audio and video in the current headset.” Fourth, BC5 DSP is integrated in Multimedia, which can eliminate CVC echo and noise. “Many users report that Bluetooth headsets can’t eliminate the surrounding noise very well when making a call. Our new solution can solve this problem.” Wu Songru said. The single microphone can achieve 10dB noise suppression; the optional dual microphone preset can achieve 30dB suppression. Finally, BC5 Multimedia is a highly integrated solution with built-in DSP and RISC processors, stereo decoding, battery charging management, Bluetooth radio frequency, and ROM. Customers only need to plug a crystal oscillator to complete the design of stereo headsets, so the cost can also be greatly reduced. .

“Using this new solution, the cost of stereo headsets can be reduced by more than 50%.” Wu Songru said, “Moreover, a 180 mAh battery can achieve up to 10 hours of music playback. If you run CVC software to make calls, you can achieve 12-16 hours of talk time.”

According to Wu Songru, CSR currently accounts for more than 80% of global headset chip shipments. As of April this year, CSR’s shipments in the headset market have reached 150 million pieces. “Our headset solution has IOT testing with mainstream mobile phones, and there is no problem with compatibility.” He said. 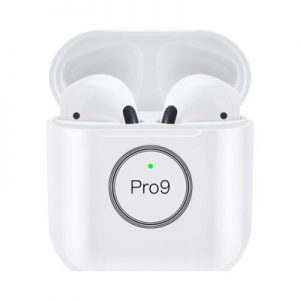 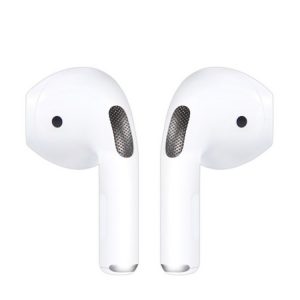