How does the headset work?

The function of the headband is to fix the left and right sounding units and place them on both sides of the head. Its structure and its connection with the unit determine the pressure of the headband and earmuffs on the head, which affects the comfort of wearing the headset.

The earmuff is the part where the head is in contact with the sound unit. It is essential for moving coil earphones. Its function is to reflect low frequencies back to ensure low frequency reproduction. There are generally two styles of earmuffs, one is called Supra-aural, which is pressed on the ear, and the other is cup-shaped and surrounds the ear, called Circumnaural. The earmuffs should be as soft and comfortable as possible, the inside of which is usually filled with sponge, and the outside is covered with leather or flannel. The material used in the earmuffs has an absorbing effect on the middle and high frequencies. It forms a distance between the ear and the diaphragm and forms a cavity between the earphone and the head. Large-scale earmuffs have a large internal space, and sound can act on the auricle to form a better sense of space. A well-designed earphone has fully considered the role of earmuffs, so the earmuffs of mid-to-high-end earphones cannot be damaged or replaced at will.

The lead wire of the earphone is the connection line between the output end of the earphone amplifier circuit and the earphone voice coil. The high-quality earphone cable often uses multi-core oxygen-free copper (OFC) wire, which has undergone strict insulation and shielding treatment to prevent the signal transmission from impurities in the copper. Influence and interference from external clutter. The end of the headphone cord is a plug. There are two specifications: 6.35mm and 3.5mm, which are usually called large and small plugs. The 6.35mm plug is used for professional audio and civilian audio equipment, and the 3.5mm plug is used for portable equipment. Generally, high-fidelity headphones will provide plug converters to ensure the use of headphones on various devices. The plugs of mid-to-high-end headphones are gold-plated. This is not for beauty, but mainly to prevent the plug from oxidizing and affecting the sound. Because the gold is smooth and soft, it can also provide as large a contact area as possible. Low-end headphones often use nickel-plated plugs, which can also prevent oxidation, but have a certain negative impact on the sound.

The sound unit of the earphone is the most complicated and technical part of the earphone design. The working principle of moving coil headphones is the same as that of moving coil speakers. After the audio signal is input into the voice coil, the electromagnetic field generated by the voice coil changes with the change of the signal. The changing electromagnetic field interacts with the magnetic circuit to promote the movement of the voice coil and the diaphragm. Push the air to make a sound. The sound unit of the dynamic earphone is mainly composed of three parts: the magnetic circuit system, the vibration system, the cavity and the hole and other acoustic structures.

Vibration system is composed of voice coil and diaphragm. The diaphragm is a sound radiating element, which drives the air to vibrate and produce sound, which directly affects the frequency response and sensitivity. Its performance mainly depends on the manufacturing material, shape and manufacturing process. The material of the diaphragm is required to have as small a mass per unit area as possible, high mechanical strength, and large internal damping. The higher the mechanical strength and the lighter the weight, the wider the effective frequency range and the higher the output sound pressure level; the larger the internal damping, the smaller the distortion under large signals. Now the diaphragm is mostly made of polyester film that is easy to thermoform, light weight, and good rigidity. Some companies have developed new materials for the diaphragm. For example, SONY uses cellulose isolated from Acetobacter to make “bio-vibration “Membrane” is used in its high-end headphones and earplugs, with excellent high frequencies. The diaphragm is usually circular, the center is designed as a convex arc, and the surrounding is designed with reinforcing ribs, which can strengthen the rigidity of the diaphragm and increase the effective area of ​​the diaphragm. Sometimes a small hole is processed in the non-vibrating part of the diaphragm for the need of air pressure balance. Diaphragm manufacturing has high requirements on technology, and the control of various differences in processing is extremely strict.

Acoustic structures such as    cavities and holes are an important part of the performance of headphones. The magnetic circuit system and the vibration system are fixed by a plastic frame, called a table, on which the edge of the diaphragm is glued. This frame must have sufficient rigidity, will not be deformed due to the fixed magnetic circuit and the vibration part, and transmit as little vibration as possible. Behind the magnetic circuit and the vibration system is the shell of the earphone. A cavity is formed between the outer shell and the table. The size, shape, and position, type and quantity of the damping material filled in the cavity affect the frequency response of the earphone. Generally speaking, this cavity The larger the body, the easier it is to obtain high-quality, deep-diving low frequencies. 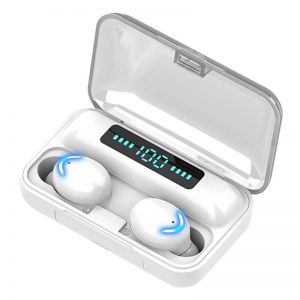 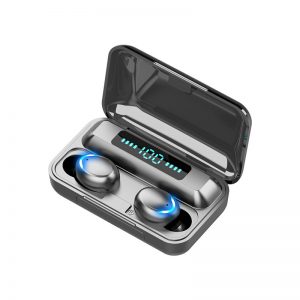